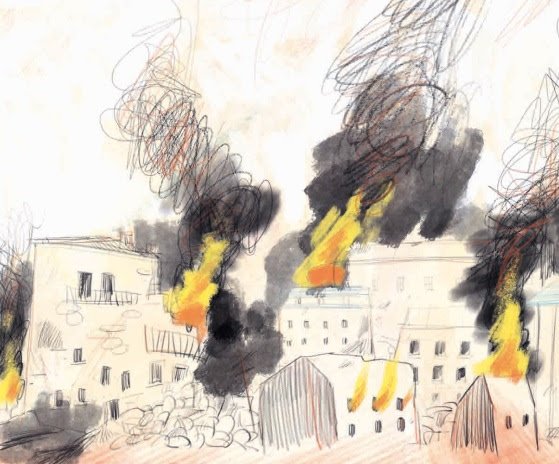 Today is World Refugee Day, which falls every year on June 20th.

For this important day we have selected 3 meaningful titles that tell the story of teens and children living in countries at war and, in some cases, their journey to safer places.

OUR HIGHLIGHTS FROM THE 2020 Rights Catalogue!

The story is about the parallel journey of two single-parent families; a mother and a son are leaving their home for a “better” day, while a father and a daughter are leaving their home for a “safer” day. The latter ones are refuges. Each family pass by similar locations, parents having similar concerns in their minds for their children. However the environment and the atmosphere causing the concern is sadly very different. The story is powerful and expresses the idea of how our destinies can be linked to a thin thread and how our lives – even in very different and faraway places – can be strongly connected. The story ends at an amusement park as both families get on a ferris wheel, a ride that symbolizes human strong connections and the great, salvific power of empathy. An extremely poetic and effective way to talk to children about war and about the consequences of war.

THE REAL IMPORTANCE TO PLAY AND DREAM

Under the bombs can a child feel less alone and scared if he has a toy to hold in his hands?
Yes, he can. Rami knows this, and because of this he makes long journeys from Finland to his native Syria, to bring dolls and puppets to the small victims of the war.
This book is inspired by the true story of Rami Adham, born in Aleppo 45 years ago and who has lived in Helsinki with his wife and 6 children since 1988. He founded a humanitarian organization Soumi Syyria Yhteiso Ry, and for 4 years he has traveled to Syria to bring food, medicine, and thousands of toys. He is the real Smuggler of Toys and this book wants to give a light of hope in an endless conflict.
An illustrated book for children that manages to respond even to adults about what the true right to play, the true right to dream and imagination are and the importance that all this has got in everyone’s life, especially of children.

Syria. 2016. Salìm, 11 years-old, fleeing Aleppo with his father and a group of other refugees, and Fatma, 13, sent as a suicide bomber by her father and brother, SI militants toward a military camp on the Turkish border. Fatma and Salìm, two sides of the same war, both destines to a path they did not choose. The story, with the parallel life of the two protagonists, offers a look not only at the issue of refugees or of religious terrorism (and trying to unravel the confusion that recent events have generated), but especially on the tragedy of children violated, on the fate that awaits children (all children, regardless of their stories) during a war. From a true story.