INTERLINEA – We fly to Italy with “THE FROGS” series! 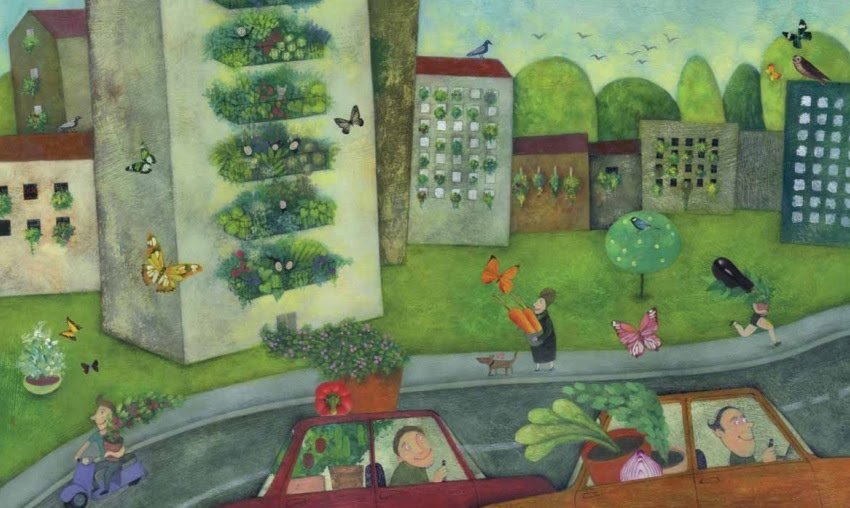 Interlinea is an Italian publishing house that since 2001 has launched a series of books, named “The Frogs”, for children and teenagers. “The Frogs” publishes books by high-level Authors and Illustrators: today we are pleased to introduce to you some of their most loyal and popular Authors, Anna Lavatelli, Cinzia Ghigliano, Roberto Piumini, Anna Vivarelli and Guido Quarzo.

OUR HIGHLIGHTS FROM THE 2020 Rights Catalogue!

From a true story.
An elderly gentleman fnds a violin in an antiques shop in Turin, Italy, and wonders why it has a Star of David stamped on it. He buys it and decides to restore it. He fnds a note inside the violin, a crumpled piece of paper with some musical notes on it and words written in German reading: Music Makes you Free. They remind him of the phrase over the gates of Auschwitz: Arbeit Macht Frei. And this inspires him to fnd out more about the violin and its story. The story is told throughout in the voice of the violin, given as a gift to Eva Maria, living with her music-loving Jewish family in Turin. Unfortunately, when Hitler invades Poland, the fascist Italian dictator Mussolini allies with him and introduces in Italy too the same racial laws. Life becomes diffcult for Eva Maria’s family and they eventually try to ﬂee. To protect her precious instrument, Eva Maria hides it in her suitcase, then under her coat, and it is only taken off her when she arrives at Auschwitz. This is not for long, though, as she is quickly ordered to play in the camp “orchestra”. The extra rations she enjoys as a musician come in useful, and she trades them to get information about her brother, who succeeds to sends her a message — some notes and some words in German — which Eva Maria tucks inside her violin. She believes it’s her brother’s way of saying “Don’t give up, as long as you can play music, you can be free”. Unfortunately, the “privileges” she enjoys are envied and a fellow inmate cuts her violin in two. Eva Maria is thrown out of the orchestra and the atrocities of the general camp life become too much for her. And she eventually dies and her body burned in the ovens with the many millions of other prisoners who didn’t make it. When the Russians freed the camp and released the prisoners in 1945, Enzo, the brother, found the violin in a storeroom and took it back to Italy with him. Although he paid to have it restored, he never returned to collect it. When the elderly gentleman fnally found it sixty years later, he took the violin back to Auschwitz and, in memory of Eva Maria, a violinist played the young girls favourite tune standing in front of the gates where the “trains to the hell” used to arrive.

Cicio and Cicia are two children like many others: lively, a little impertinent and very curious. One day they decide to go to Felicity, a town of games and colours, of parties and of joy. Along the way, the two brothers become hungry and start eating… to much. And they become fat, very fat, exaggeratedly fat… A story full of fantasy to talk to children in a simple and effective way about the need for a healthy nutrition.

This is the story of Matilde who didn’t want to eat her soup and ended up falling into it. Some people think that today’s children do not like and eat soups anymore because mothers do not have time to cook them. But we know that the world is still full of mothers who have time and desire to cook terrible soups and mushy spinach and quivering puddings without chocolate! And Matilde, not to eat what her mother wants her to eat, imagines herself living fantastic adventures among courgette wheels, spinach legs and sticky puddings!

Aurora and Caterina live with their grandfather Osvaldo and their parents in a grey, dreary building and have always hated eating vegetables. One day, though, a little bird drops a seed in a pot left forgotten on the balcony, from which a little plants sprouts. With the help of their granfather, the girls make it grow and it becomes a beautiful and luxuriant plant.
A colouring book for learning to take care of nature.